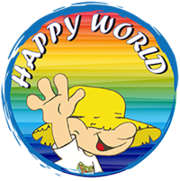 Introducing the “Casoni” (traditional fishermen’s huts) with their sloped roofs made from woven canes and clay flooring. These are the traditional huts used by fishermen on the Venetian lagoon, in the area of Caorle, who catch eels and sea bass in these waters.

Caorle’s Casoni, just 15 km away from Portofelice, are a very unique sight and were very dear to the writer Ernest Hemingway, who referred to them in his book “Across the river and into the trees”, in the large lagoon where he would stay during his hunting trips.

You can visit them as part of a bike ride or onboard a “bragozzo”, a traditional lagoon boat that can hold around fifteen people. And why not listen to some tales about the American author whose boat, according to the local fishermen, “was always full of barrels of gin..:”

Trieste, Italy’s last city before the border and a crossroads of history and culture, is 130 km away from Eraclea and is certainly worth a trip to see its beautiful sights. An enchanting place where the gulf enters right into the city and laps against the grand buildings with their Viennese-style architecture.

Trieste tells the story of its Roman origins and medieval past on the hill of San Giusto, with the Civil Basilica, the Castle and the Cathedral, decorated with precious apsidal mosaics. The roads around the centre are lined with elegant buildings with a neoclassical and liberty style. The Miramare Castle dominates this magical setting, which is now home to a museum, immersed in a park from where you can admire the whole city.

Verona, the city of love

“Romeo, oh Romeo”… you can almost hear these words echoing around the streets of Verona. Romeo and Juliet’s world-famous balcony is an absolute must-see when visiting this city that’s rich in history, second only to the Arena, a Roman amphitheatre in Verona’s historical centre which today hosts concerts and performances.

Things to see: Piazza Brà; the Scaliger Tombs, the monumental tombs that the Lords erected in the S. Maria Antica churchyard; Juliet’s house where, according to tradition, Giulietta Capuleti once lived, immortalised by Shakespeare; Piazza delle Erbe, with the fountain of the Verona Madonna in the middle, whose Roman statue is the symbol of the city; Piazza dei Signori, with the “Loggia del Consiglio” (“Council Loggia”), the Scaliger Palace and the “Palazzo del Capitano” (“Captain’s Palace”).

If you’re an architecture enthusiast, then a trip to Vicenza is an absolute must. Known as the “city of Palladio”, an Italian architect who worked in the Republic of Venice during the Renaissance and whose works have been declared a UNESCO World Heritage Site.

One of the Veneto region’s main cities of art and a real gem, Vicenza is enchanting thanks to its noble architectural shapes.

Things to see: Piazza dei Signori, the city’s “living room”; the Basilica, built by Palladio in the 1500s; the “Loggia del Capitaniato” (“Captain’s Loggia”), the homes of the Porto, Barban and Tiene families, all designed by Palladio; the “Olympic Theatre”, a universally recognised artistic gem inside the “Palazzo del Territorio”; the Cathedral.

Arqua Petrarca is the “pearl of the Euganean Hills” – a small medieval town inhabited since Roman times, where the poet Francesco Petrarca spent the last years of his life.

This village, 100km away from Eraclea Mare, is situated across two hills, immersed in lush greenery and surrounded by the vegetable gardens that Petrarca once looked after himself. Strolling along the sloping pathways that characterise this town, connecting the part at the bottom of the hill to the part at the top, you can admire the stone houses, the wash tubs and drinking troughs, just before the so-called “Petrarca” fountain, up to the S. Maria Assunta churchyard.

Veneto-Byzantine frescoes are preserved inside this church.

Asolo and its scenery

Asolo has been awarded an orange flag as one of Italy’s most beautiful villages. Here, you’ll find a fortress with its perimeter walls still intact, adding to its charm.

Asolo is famous for its landscapes, much loved by Hemingway and Robert Browning, Freya Stark and Eleonora Duse, as well as offering remarkable historical-cultural places of interest. Its location, in the heart of Italy’s Veneto region, is the perfect starting point to visit the many works of art scattered throughout this area as well as our region’s fortified towns and cities of art.

This town’s charming small streets are surrounded by the Gothic-style porticos of ancient buildings and houses with frescoed façades and characteristic balconies.

Padua is one of the most important and famous cities in Italy’s Veneto region, not only because of its link with St. Anthony, but also thanks to its rich artistic and cultural heritage, just waiting to be discovered, not to mention its world-famous university.

Padua is approximately 82 km from Eraclea Mare and boasts plenty of wonderful artwork to be admired. The remains of the ancient Roman amphitheatre surround the Scrovegni Chapel, painted by Giotto: this is one of the greatest examples of figurative art of all time.

There’s Piazza delle Erbe and Piazza dei Frutti , home to picturesque and lively daily markets, the Cathedral, which Michelangelo helped to design, and the Baptistery.

Last but not least, there’s St. Anthony’s Basilica, work on which began immediately after the death of the Saint in 1231, and Prato della Valle.

Considered one of the most important cities in the Roman world and a famous tourist and seaside resort, Aquileia is also famous for its wine-growing tradition.

Established in 181 BC, Aquileia was a Roman colony, remains of which can still be visited today, in archaeological excavation sites.

The five sepulchral areas and the mausoleum, the complex of the Basilica with its bell tower and the Roman homes.

A trip to the museums here is also very interesting: the National Archaeological Museum, the Early Christian Museum and the Patriarchate Civic Museum.

The Veneto region and prosecco Wine enthusiasts come to this area to visit the wine cellars and follow the so-called “wine trails”, which combine great flavours, art and culture. The geometry of the landscape is characterised by the crops, vines and their grapes, which are used to produce prosecco that is then exported throughout the world.

The “Strada del Prosecco” (“Prosecco trail”) is an incredibly famous and stunning road that starts from the castle in Conegliano and runs through the hills where white Prosecco and Cartizze wines are produced. The road ends in Valdobbiadene, at the foot of Mount Cesen.

This wine trail allows you to admire hills covered in vineyards and old cottages, farming villages and nature that will treat you to different colours every season.

FULL BOARD AND HALF BOARD

Caribe Bay tickets as a gift for the whole family!

Ask for your free quote

Check your inbox... we’ll get back to you in no time! 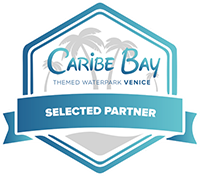